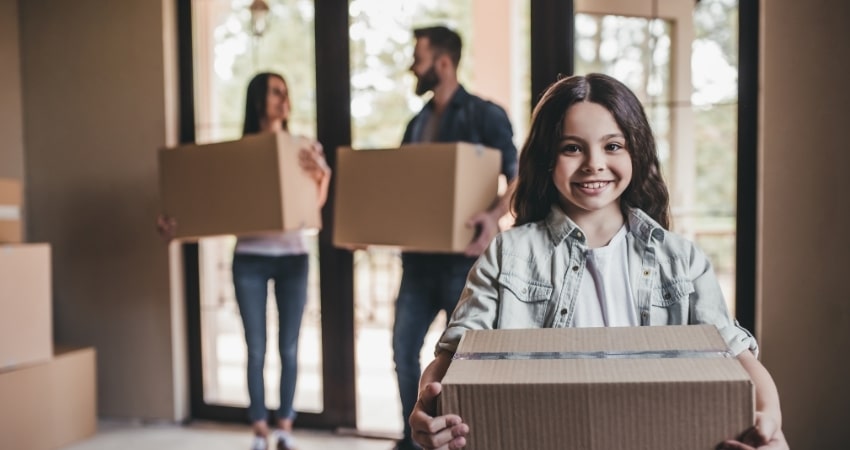 When moving to the state of South Dakota, it is fun to get familiar with what makes them famous. Known as the Mount Rushmore State, the state population is 882,235. North and South Dakota were admitted to the US on the same day to avoid a feud between the states. South Dakota is most famous for Mount Rushmore. Mount Rushmore has the faces of four famous US presidents carved into it. The presidents are Washington, Jefferson, Roosevelt, and Lincoln, and each head is 60 feet tall.

There is a memorial being carved near Mt. Rushmore called the Crazy Horse Memorial, and it will be 641 feet wide and 563 feet high. Badlands National Park is located in South Dakota; it has fossils including a dog-sized camel, three-toed horse, and saber-toothed cat. Lead, South Dakota is home to The Homestake Mine. The largest gold mine in the United States, which opened in 1876, produces 15% of the nation’s gold and still has huge reserves. South Dakota borders Nebraska, Iowa, Minnesota, North Dakota, Montana, and Wyoming.

South Dakota has one of the largest Native American populations, with nine official tribes. Jewel Cave (in the Black Hills) is the fourth largest cave in the world; it has 57.4 miles of mapped and surveyed passages. The Mammoth Site of Hot Springs contains the largest concentration of Columbian and woolly mammoth bones discovered in their primary context. And the popular movie Dances With Wolves was filmed in South Dakota.

The other good news about relying on our careful professional South Dakota Long Distance Movers is that we provide affordable expert services. Our South Dakota interstate movers are experienced in relocating men, women, and families professionally and quickly when you need it most. We offer affordable pricing and long distance moving in South Dakota and out-of-state.